Home News SaveGREEN - Bulgaria’s Rila-Verila-Kraishte corridor: building support for ecological connectivity
The Rila-Verila-Kraishte corridor, the SaveGREEN project’s pilot area in Bulgaria, is located deep in the Dupnitsa Valley and drained by the Struma River and its tributaries. This breathtakingly beautiful area is flanked by the Rila and Verila mountains and the Kraishte Region, which lies south-west of the nation’s capital, Sofia.

The corridor is situated along the Struma motorway in the south-west of the country and is part of Pan-European Corridor IV, which also includes the Е79 motorway (stretching between Miskolc, Hungary, and Thessaloniki, Greece). As a high-priority EU project, mitigation measures to date include 15 large facilities for wildlife crossing.

Bulgaria recognises serious problem areas for wildlife related to its existing road network and has identified priority points for planning long-term defragmentation measures. A study carried out for the 2006-2008 period resulted in the creation of a project to restore ecological networks through transport corridors, which has since been integrated into Bulgaria’s national transport strategy. It identifies specific problem areas where the natural migration routes of species intersect with transport infrastructure and suggests practical solutions to these problems.
Specific mitigation measures

With the aim of reducing wildlife and human fatalities along a 16-kilometre stretch (LOT 1) of the Struma motorway, several mitigation measures have already been implemented. The main facilities include: 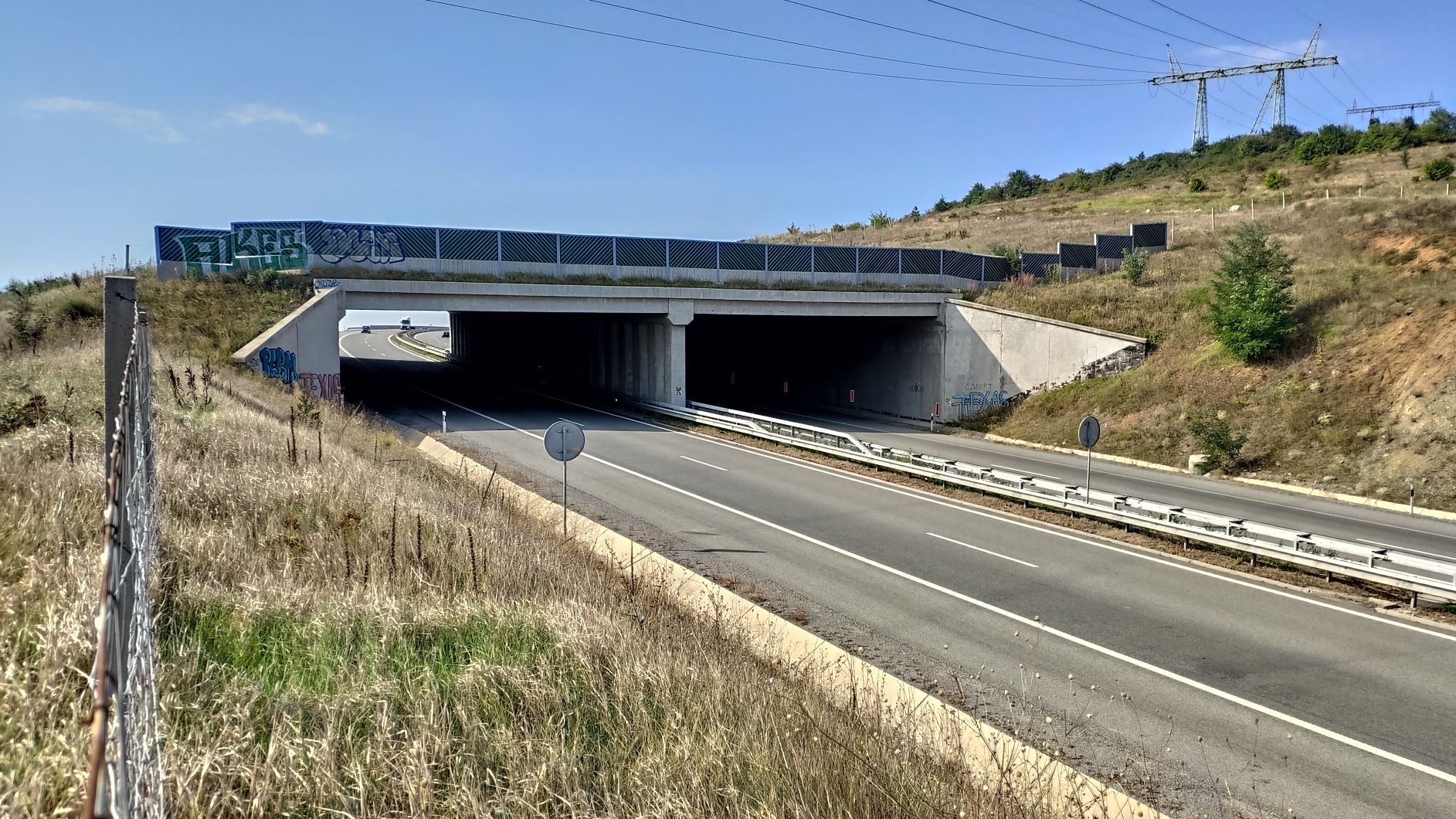 These facilities have been constructed at the most problematic sites to ease the ‘bottleneck effect’ and improve the long-term odds for species migration and survival. Important tasks within the project include making assessments of the effectiveness of these mitigation measures in terms of habitat defragmentation (both individually and as an integrated system) and suggesting improvements.

Through further studies and assessments, the SaveGREEN project aims to establish the extent to which these facilities improve functional landscape connectivity.

Due to its proximity to the capital, LOT 1 of the Struma Motorway has heavy motor traffic, while other transport features contributing to landscape fragmentation include several small and busy roads, as well as rail infrastructure. Settlements (four towns and 28 villages) and agricultural lands and pastures under intensive use are further impediments to wildlife migration in the area.

The degree of fragmentation of natural habitats at the national level identifies priority points and suggests where long-term planning measures to mitigate fragmentation are needed most. The aforementioned study provides recommendations on implementing specific measures that reduce the adverse impact of road and railway infrastructure.

The area is described from an ecological point of view as a ‘bottleneck’ in the Bulgarian road and railroad network. A ‘bottleneck’ is an area where habitats are highly fragmented and the movement and migration of wildlife is hindered, threatening their long-term survival.

Ecological corridors found near the area follow the migratory routes of wildlife, especially the brown bear, grey wolf, golden jackal, fox, deer, lynx. Several of these trans-border routes, crossing from the Balkans into the wider Danube-Carpathian region. The Trans-European Transport Network (TEN‑T) is crucial in terms of facilitating the flow of wildlife along those corridors. 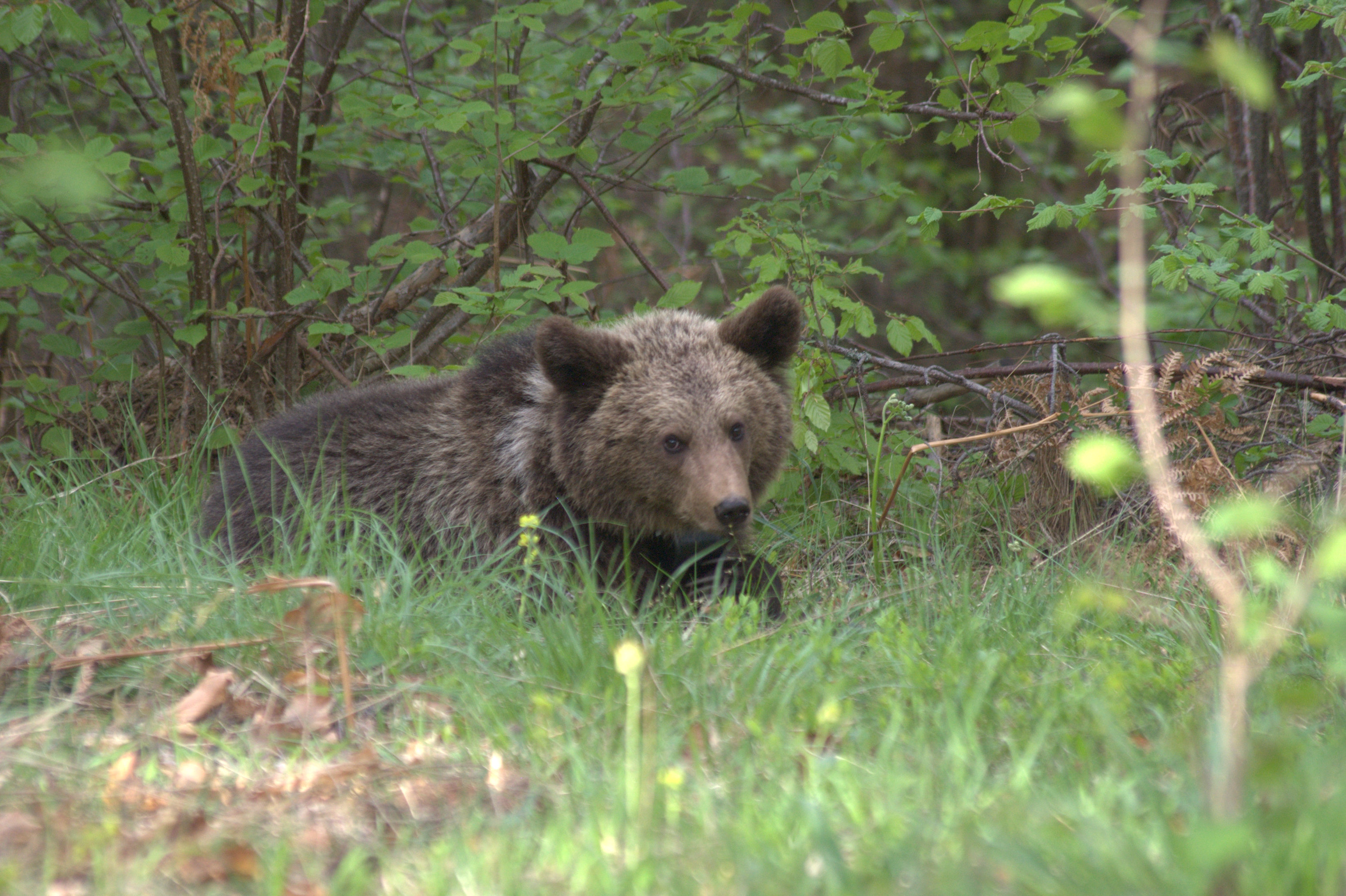 This pilot area is the only potential eco-corridor between the Rila and Verila mountain ranges and the Kraishte Region for large carnivores and their natural species of prey (e.g. roe deer and wild boar). Mitigation measures have been prescribed and partially implemented in the area, despite limited available data on species occurrence and distribution, or on how landscape fragmentation influences their populations.

The measures identified for the pilot area in Bulgaria need to be integrated into operational plans and programmes to become effective and functional. SaveGREEN will address the following sectors in particular:

The SaveGREEN project aims to monitor some of the facilities, assess the effectiveness of mitigation measures, and suggest improvements based on suggestions from experts and in consultation with local stakeholders from nearby towns and villages. Project partners have also started using the QField GIS application at some of the green-infrastructure facilities to collect monitoring data for target species.

The preparation and implementation of a monitoring plan for the Rila-Verila-Kraishte pilot area started at the end of 2021 with field research at some facilities in Section 1 of the Struma motorway between Dolna Dikanya and Dupnitsa. Traces of mammal activity (e.g. the golden jackal, fox, wild cat, otter and beech marten) provide some hope that the facilities are useful and allowing these animals to pass in safety.

SaveGREEN is also helping to develop an app to help centralise data on rail- and roadkill along migratory routes with the aim of providing solutions to improve transport infrastructure in ways that enhance animal safety. The pilot area has two distinct patches: arable lands with pastures influenced by settlements and industry, and forests fragmented by pastures. A local cross-sectoral operational plan (CSOP) for Rila-Verila-Kraishte, currently being prepared, will address sectors such as transport, development and spatial planning, agriculture, forestry, nature protection, tourism and nature protection.

This is the last stop of our virtual tour SaveGREEN project pilot areas. We hope that you’ve enjoyed the journey and have gained useful insights about ecological corridors, biodiversity conservation and green infrastructure!

We will continue to cover important project results and milestones in upcoming articles.